Join us once again for a staged reading of Shirley Valentine. Written by Willy Russell, the award-winning script is brought to life by the talented Rosalind Ashford. Catherine Gillet directs this intimate, funny one-woman show for the Stage Door Series.

“The heroine in this one-woman tour-de-force is an ordinary middle class English housewife.  As she prepares chips and egg for dinner, she ruminates on her life and tells the wall about her husband, her children, her past and an invitation from a girlfriend to join her on holiday in Greece to search for romance and adventure.  This hilariously engaging comedy was a smash hit in the West End and Broadway”

The Stage Door Series is TFAC’s newest series, with patrons seated onstage with the artists for a unique perspective on concerts, theater, spoken word events, and more. Seating is limited, so reservations are strongly encouraged. Admission is $10. Beer, wine, and other concessions will be available. 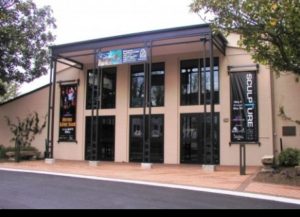